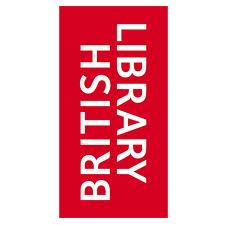 The British Library Sound Archive features a wide range of content, including music, speech (dialects, story-telling, poetry, interviews, theatre, oral history), and sounds of the natural world, in addition to associated images are other materials of relevance. Among the musical genres covered are classical, jazz, traditional, and world, including a substantial number of ethnographic field recordings made in the UK and Ireland.

Unsurprisingly, given the efforts of fieldworkers at the School of Scottish Studies (which is home to the main collection of Scottish archive recordings), Scotland is not overly-well represented, but that’s fine, given we have Tobar an Dualchais/Kist o Riches! However, the Scottish content that is included is unique to the site, and, as such, should not be overlooked.

As far as Scottish fiddle music goes, I have found six recordings, all from the Peter Kennedy Collection, and collected between 1954 and 1955. In addition, there are various recordings in the Reg Hall Collection made at the Aberdeen Folk Club on 23rd February 1973. They feature the famous Scottish folk group, The Gaugers (with fiddles included as part of the group).

John McCutchen was a shepherd at Maryhead Farm, Carsphairn, in Kirkudbrughtshire. At the time of recording (1954) his family had farmed there for ninety-eight years and three generations. He was a self-taught fiddler who played for dances. Significantly, all the tunes recorded here are dance tunes, and it is easy to detect in the rhythmic drive of his playing the connection with dancing. The tunes recorded here are:

Click here to access a photograph of McCutchen. He was evidently an old man in 1954, and is likely to be the John McCutcheon listed as a four-year-old child at Carsphairn in the 1891 census, making his year of birth c. 1887.

Alex Grant’s repertoire is distinctly different from that of John McCutchen’s. There’s a move away from the primarily dance function of playing the fiddle and towards an aestheticisation of the repertoire. It’s also possible to detect in these recordings the famous pointed style of performance particular to the Strathspey region and the North-East.

There are two tracks of Alex Grant’s playing (8:18 and 7:17 in duration, respectively). The content of track one includes:

John ‘Jimmy’ Garson was fiddler in the Garson Trio, along with his daughter, Iris, on accordion, and son-in-law, john Nicholson, on guitar. As an Orkney dance band, they play many tunes familiar from that circuit, but they also play tunes particular to Orkney. Track two (of three), features fiddle and guitar without the accordion, affording the opportunity to hear in detail the Orkney fiddle style, so often eclipsed by the Shetland fiddle style. The content of track one includes:

The recordings of The Gaugers are too numerous to list here. They can be accessed here by selecting Aberdeen from the list of counties. The fiddle style heard in these recordings was influenced by the folk music revival.

There may well be other examples of Scottish fiddle music among the holdings of this archive, but the search facility does not make finding them particularly easy. There is, for example,  45 seconds of unidentified fiddle music at the end of this track. It sounds Shetland to me… Anyway, as with all these on-line resources, it’s well worth making the time to browse. Who knows what gems you might find?